Hey, everybody has a bad day from time to time, a day when work is the last thing you want to do and everyone knows it. For most of us, that means we’re a little more cranky with our co-workers than usual.

But what happens when it’s a comic strip writer who probably operates out of a home office in some remote location who’s feeling especially bitter or sad when they show up to work? Well, the stuff we’ve presented here today is probably what happens.

Here are seven very real nationally-run comic strips that no child should ever have been subjected to:

For decades, Johnny Hart has been sneaking in Pro-Christian themes into his Before Christian comic strip. Hey, who wouldn’t want their kids’ moral center to be a guy who draws women named “the fat broad” and “the cute chick?”

We’ll let you figure out who is who

In his controversial 2001 Easter strip, Hart shows a picture of a menorah next to quotes from Jesus. With each quote, a candle goes out. When all the candles have been extinguished, the big-surprise-reveal-punch-line-thing is that the Menorah now looks like a cross. But, fortunately Hart snuck it into an Easter Sunday color strip, when most Jewish kids can’t read the paper because they are busy, like, totally not celebrating Easter or something. Also note how a caveman is writing about how awesome the Bible’s New Testament is. Who says you can’t merge evolution and religion! The caveman’s undiagnosed obsessive-compulsive disorder is hard to miss, and detracts from whatever the hell Johnny Hart thinks he is trying to say.

Also, we do realize this one is a kind of hard to read. That’s probably just because it’s so very wrong. Newspapers have a long standing tradition of trying to make their anti-Semitic rants as discreet as possible. At least we assume that’s what the issue is.

2. Liz Gets Sexually Assaulted in “For Better or For Worse”

Now, to say that the subject of sexual assault in the workplace shouldn’t be tackled makes us look like dicks. Frankly, after that horrific B.C. cartoon, this feels like a cool, socially-responsible shower. But how does showing a man thrusting against a woman while pawing at her boob do anything but cause nightmares for children reading the comics section?

We’ve all fantasized about different cartoon moms (don’t lie, you’ve thought about a threesome with The Mom from Family Circus and The Mom from Sally Forth), but we’d never do something like this. Oh, and also, we’d never ever draw a picture of it and publish it nationally in the kids section of the newspaper. Note the surprise tease at the end. Is this a hero coming to Liz’s rescue? Or just one of the other creeps that haunt the world of “For Better or For Worse,” looking for some gimp play? Ah, the ferocious cliffhangers of comic strips. Either way, we would have nightmares for weeks if we were kids and we saw this next to one of the sweet and innocent comic strips. Like Garfield…

Kids have come to rely upon the Garfield strip for mildly unfunny jokes set in a completely ambiguous interior room. Which is what’s most disturbing about this 6-day arc where everything Garfield loves disappears. No punchlines, unless “you have no idea how alone you are, Garfield” counts as a punchline. Finally, the story arc concludes with a close-up of Garfield’s seemingly amphetamine-amped eyeball. The eyeball has a bead of sweat rolling down it, Aeon Flux style, and looks like his optic nerve is about to pop.

This leaves so many questions. What drugs did Garfield take? Did John finally get sick of Garfield’s sarcastic comments and spike his food with 50 Gravol? What drug did cartoonist Jim Davis take? Or, more likely, what drug did he stop taking?

It hasn’t always been this bad, has it?

This brutal 1957 panel of Andy Capp proves that yes, it has always been this bad.

In a smoky drawing room, the artist had to sit there and decide what a wife’s cheek bruise from a fist would look like in pen-pixelated black and white. That’s the part of Mad Men they don’t show you.

Children must’ve loved Andy Capp in the 1950s, especially those children with domestic abuse issues. They’d read the panel with their father (who would always laugh inappropriately hard) then go off to hide in a dusty garage cupboard.

Also notice that Andy Capp has flown into such a hilarious rage that he has apparently knocked the table over and sent a picture crooked. You can’t keep telling the emergency room that a tornado hit your house and knocked over your wife, Andy Capp.

To be fair, the comic strip has recently been given a modern makeover. Andy Capp and his wife are in marriage counselling and the abuse has been removed. But, to be even more fair, none of that is appropriate for children reading the funnies, either.

5. Marvin’s Grandfather Is a Friendless, Bankrupt Shell of a Man

Nothing says depressing like your baby bagging on your life. Or your friends leaving you. Or, frankly, the fact that you thought it was appropriate to bring a small child to a card game.

Marvin’s grandpa gambles for matchsticks, which hearkens back to the days when matchsticks were actually worth money, because fire hadn’t been discovered yet. Also, has anyone noticed that Marvin appears not to be a baby, but a fully functional grown person who simply has some sort of Benjamin Button disease? I wouldn’t count on Grandpa noticing, he’s too busy with his suicidal ramblings. Ah, Marvin, you’re going to have a drinking problem by the time you turn five.

While Calvin & Hobbes might be the most consistently awesome comic strip of all time, Bill Watterson always loves to cast judgment on mankind for being human.

Rather than doing what every other 6-year-old boy would do (chuck the bird carcass at a speeding car), Calvin has an emotional breakdown about the frailty of life. Right now, a lot of you are probably saying, “Calvin’s confrontational nature with the utter fabric of reality is exactly what makes this comic strip excellent.” If this is you, ask yourself, “am I nine years old, and therefore the target audience for the Sunday comics section?”

The strip concludes with them staring at birds, melancholic expressions on their face. Notice the big block of white space where an uplifting punch line should go. No punch line today, little children! I wonder if trick-or-treating children knock on Watterson’s door, and instead of getting a candy treat, they get exposed to the mind-numbing horror of death and the unknown.

7. Momma Gets Propositioned for Sex after a Funeral

Also, dude needs to take a hint, the woman regards him with such an abject level of formality that she calls you “Mr.” followed by the first letter of his last name (which she probably doesn’t even know.) There will be no metaphorical dust being knocked off of anything, today.

Luckily, most children probably didn’t even get this reference. That is, until these fans of Momma (drunken child hicks) ask their parents, and are probably told that “stuffing it” means something like sending Momma to the taxidermist before mounting her in the den.

Parents trick themselves into thinking the bad guys are easy for their kids to spot. In reality, anyone who communicates with children could be a potential threat and, sadly, this now includes the funnies. Letting children use any medium unmonitored is like getting drunk with Charlie Sheen without a condom/diaphragm permanently taped to one’s junk.

Evan Hoovler also writes for Blastr and Gamespy. He co-wrote the National Lampoon book, “Pimp It Yourself”, and wants to be your Facebook friend. 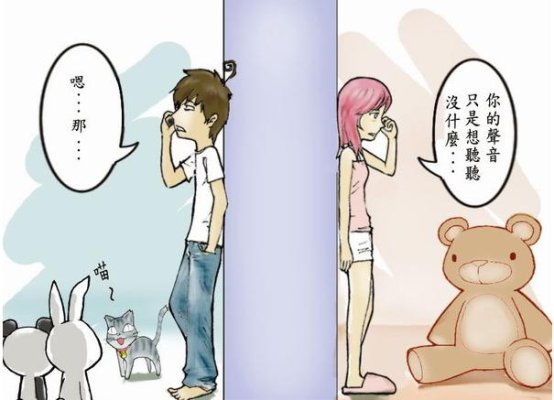 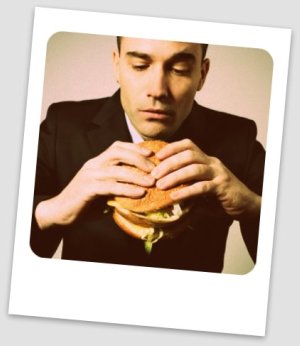